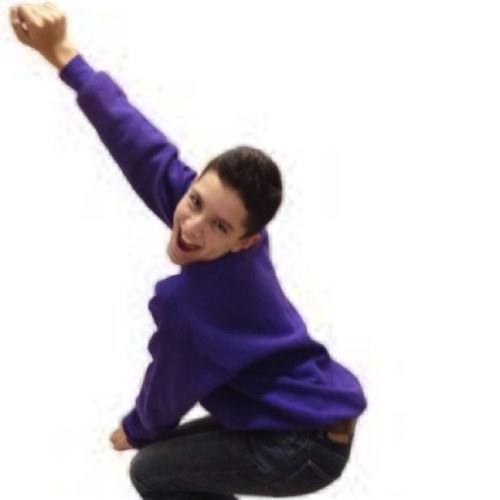 I boldly confess, that I Catherine Vaughan am…. Dare I say it. I am finally in a happy place. “I am ha- huh- HAPPY.” It has taken me my entire life to get to this point. Everything is happening all at once plus I’m ticking off my wish-list at wildfire speed.

Happiness seems a bizarre state to confess it seems at odds with a True Writer’s Life. I can feel the despair crumbling away… Thankfully I’m never out of fictitious ideas to write about which is good I’m still having ideas and it is getting to the point whereby any true hurt to write about is quite simply out of date. It’s weird. It’s good. I know my primary goals is to write fiction but I identify more as a Poet and previously my poems were shattered pieces of my broken heart and soul. But those pieces have been swept away with time. I’ll continue to pick up those shattered glasses, or what remains of them. But I guess it is time for a change and I have to set new writing goals:

A lot of my writing from poetry to prose explicitly or indirectly talks about pain and darkness. This is unintentional. I just can’t control it sometimes. I have a new novel coming out this spring it is called “Welcome to Wonderland.” It is a Bohemian Love story with many beautiful but equally devastating plot twists.

They say write about what you know and the only thing I know and have experienced about life are good fortune at times and devastating, unimaginable lows.

There is a passage is this upcoming book that says how a couple of the villains in the book are so twisted you would be lucky if they paid to have you beaten to death. Their punishment of choice? Driving their enemy to commit suicide. Initially I felt unease. This is dark stuff. Notably there is no violence or disturbingly graphic scenes.

But that line: drive an enemy to the big S word we never talk about. That is deep. It may seem outlandish or cruel but we forget to acknowledge reality. In the book it is a certain wealthy character that has this dark drive.

My focus in my writing is to tell a compelling story with beauty, culture juxtaposed with the sadness and pain of life because we don’t just have the former alone. There is always truth in what I write, I can’t help it, it just comes out. I’m pretty perceptive and intuitive. Some mistake my sharp, deep and terse writing for deliberate infliction of distress. It is not. I could never do that. I’m just accurate in identifying the universal strand of truth and suffering. My brain automatically assesses or creates information/content from first principles thus there is always maximum coverage/depth from the simplest idea I merely think of. I can’t help it. If you think a villain uttering the words that he’d rather drive an enemy to suicide is too dark: let’s take a detour. This following analogy came after I wrote the dark passage. I know that what I write is more that what is typed. It is universal and it’s powerful to utter the stories we don’t dare speak up. It is hard but it must be told, the only acceptable form to do so is fiction.

Imagine an 11 year old boy who has just moved to a new town and has started high school.

His parents have split up, he is the new kid, he lives in a block of flats; no garden; no park to play in. His father works full-time and has a new girlfriend so there’s not much one-on-one time with his son. He’s finding it hard to make friends. He’s the shortest boy in the class and a little skinny. One kid in gym class picks on him as he is partnered up with the prettiest and tallest girl in class. More boys join in on the teasing. They say he’s short, he’s ugly. He goes home and hardly sees any of his old friends on social media because they’ve forgotten about him by now. So he adds some people from his class in an attempt to make new friends. Some reject the “friend request” others accept. He’s not great at sports- just Maths. But it’s not cool to do your maths homework so in a bid to fit in he stops too. At first the boys kinda let him in a little subject to him letting them copy from him for homework and future tests. The kid that first picked on him adds him on facebook. He’s kinda relieved, maybe he wants to be friends. So he accepts the friend request, but the boy is no different online.

Now he just has more fuel to bully him. He finds old photos of him wearing glasses and calls him ugly. They make sly comments about him not having any friends. They label him gay. It gets worse and worse. He tells his Dad who just says “hey don’t worry about it.” He’s torn between even finishing his homework because the cool kids don’t and he wants to fit in. His grades slip, teachers bemoan about the slip in grades. They don’t acre to ask why he’s gone from an average ‘B’ to ‘D-‘. They just label him as not bright and non-compliant with school work. He confides in one teacher that it’s been 6 months and he has not made one friend, teacher’s dismiss his pain say he just needs to be more confident- to stop worrying. His Dad says join the weekend football team. Sadly those horrid boys from school are already on the team and he’s crap at sports anyway. He wants to take up the clarinet again but Dad can’t afford the fees. He has to have a special free lunch for school because he is from a low-income household. He has an aunt nearby but she’s got three kids under 10 and is always busy. She does love her nephew but she has too much on her plate. So he stays indoors after school and the weekend. He starts a little blog on Warhammer and games like that. But before you know it the kids at school have found it and take the mick.

Every possible route to a supposed ‘normal kid life’ is blocked or mocked: his Dad, teachers, friends (or lack there of), hobbies, family etc. So what is that 11 year old child supposed to do? He can’t just pack up and move to his Mother’s who is 4 hours away with a new man. He could face even more rejection at another new school and what would his Dad think of him for choosing his Mum instead. He feels trapped. He is trapped. There’s only so much an 11 year old boy can do.

Then on Facebook someone at school calls him a “loner” that he would be better off dead. He thinks this over. He believes it is true. So tell me does that scenario by all those people surmount to someone being driven to suicide?

You think suicide is selfish and depression is indulgent. Sometimes it is the only logical state of mind and state of being a person can feel given their circumstances. Obviously people are not always intentionally driving someone to that state but others are even if they do not notice it.

Ergo my writing is not unnecessarily dark it coneys truths. The truths we do not want to face or hear about. Unfortunately these dark circumstances happen everyday. The least we could do is be pleasant to people. So yeah my writing may upset people but it has to be written, it is not what you originally think and finally I could never write something to maliciously hurt someone. Never. But my writing ends up bleeding truth whether I want it to or not. All I intended was to write a sweet love story with Bohemians, creatives, billionaires and poets and something bigger than myself came out, darker than I ever imagined. I’m never trying to be political or take a dig at society. That’s not my intention. My writing is deep and sophisticated it can satisfy superficial whims alongside one’s propensity towards depth and meaning. Ultimately my next book is a moving, deep and pensive book. It is also an enjoyable read, it will be an emotional roller coaster but you will have been glad to have read it and it ends on a most intriguing, beautiful and heartfelt scene.