Bohemianism is a way of life, a state of mind and an atmosphere. It is not a trend, it’s a timeless movement. Bohemian Manifesto is the first book to distill all the ingredients of Bohemian life. In witty and engaging style, Laren Stover lets the reader into the contents of a Bohemian closet, bathroom and bookshelf. She explains the allure of absinthe, why it isn’t wise to leave a Bohemian unattended in your house – you could return to find nude nymphs painted on your lampshade – and how to identify what type of Bohemian you may be.

Based on the BBC television series, John Berger’s Ways of Seeing is a unique look at the way we view art, published as part of the Penguin on Design series in Penguin Modern Classics.

“Seeing comes before words. The child looks and recognizes before it can speak.”

“But there is also another sense in which seeing comes before words. It is seeing which establishes our place in the surrounding world; we explain that world with words, but word can never undo the fact that we are surrounded by it. The relation between what we see and what we know is never settled.”

John Berger’s Ways of Seeing is one of the most stimulating and influential books on art in any language. First published in 1972, it was based on the BBC television series about which the Sunday Times critic commented: ‘This is an eye-opener in more ways than one: by concentrating on how we look at paintings . . . he will almost certainly change the way you look at pictures.’

Published posthumously in 1964, A Moveable Feast remains one of Ernest Hemingway’s most beloved works. Since Hemingway’s personal papers were released in 1979, scholars have examined and debated the changes made to the text before publication. Now this new special restored edition presents the original manuscript as the author prepared it to be published.

Featuring a personal foreword by Patrick Hemingway, Ernest’s sole surviving son, and an introduction by the editor and grandson of the author, Seán Hemingway, this new edition also includes a number of unfinished, never-before-published Paris sketches revealing experiences that Hemingway had with his son Jack and his first wife, Hadley. Also included are irreverent portraits of other luminaries, such as F. Scott Fitzgerald and Ford Madox Ford, and insightful recollections of his own early experiments with his craft.

The autobiography of an American icon, Andy Warhol’s The Philosophy of Andy Warhol is published in Penguin Modern Classics.

‘I never think that people die. They just go to department stores’

Andy Warhol – American painter, filmmaker, publisher, actor and major figure in the Pop Art movement – was in many ways a reluctant celebrity. Here, in his autobiography, he spills his secrets and muses about love, sex, food, beauty, fame, work, money, success, New York and America and its place in the world. But it is his reflections on himself, his childhood in McKeesport, Pennsylvania, the explosion of his career in the Sixties and his life among celebrities – from working with Elizabeth Taylor to partying with the Rolling Stones – that give a true insight into the mind of one of the most iconic figures in twentieth-century culture. 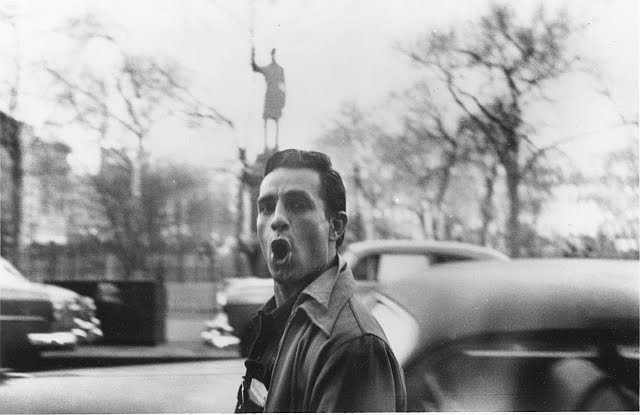