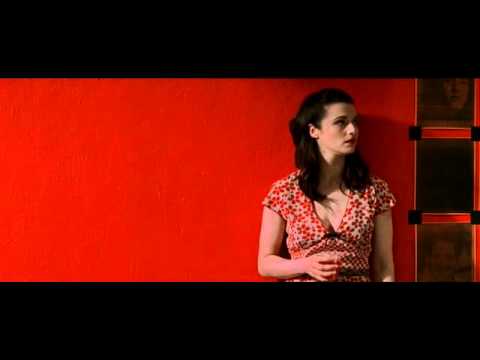 The Shape of Things was originally a play performed in theaters back in 2001. Two years later Neil Labute turned his play into a film with Rachel Weisz and Paul Rudd. The opening scene of them meeting in an art museum is forced naivety by the both of them. Firstly Paul Rudd as a nerdy guy all nervous just doesn’t go. Paul Rudd has such a wholesome, happy and cute persona that the character he plays does not fit with his looks. However Rudd’s good-guy appeal is the basis of the ending….

Rachel Weisz plays the seemingly ingenuous art student Eve. So Adam (Paul Rudd) and Eve get together and she builds up his confidence and gets rid of his dorky glasses etc. There are subtle anti-Christian lines claiming Eve is the “Messiah” that changed dorky Adam… All is not what it seems.

It was apparent to me early on how it would end. The first scene at the art museum as they stared at the Sculpture pretty much sums up the ending. It’s a decent enough film the final scenes are the best scenes and both actors get to shine in powerful performances. It really doesn’t pick up the pace until then. A nice enough film to kill time but not a must-see.